The Eleftherios Venizelos airport is located at the east of Athens near the town of Spata (35 Kilometers – 22 miles from the city center) and received its name from the prominent Greek politician Eleftherios Venizelos. It began operating at March 29 of 2001 and has been the biggest and most used airport of Greece since then.

The new airport has been built under the highest standards of safety and it offers services of remarkable quality and efficiency. The advanced systems that are in use and the intelligent coordination of all the services that are provided inside the airport enable the passengers to travel with ease. Thus, the airport has been ranked among the best airports in Europe and certainly the most significant of all the Southeastern European airports.

Transportation from Athens Airport to the city

The airport is easily accessible either by car, or by the public means of transportation. Taxis are also available at the Taxi waiting area of the airport, just outside the Arrivals Level.

There are four bus lines that currently connect the airport to the city of Athens and Piraeus where the port is located. Apart from the buses there is also a Regional bus Station at the airport. Passengers may embark on both kinds of buses at the Arrivals level of the airport and accordingly disembark at the Departures level.

Eleftherios Venizelos is connected to Athens by subway as well. Through the line 3 of the subway “Egaleo – Athens International Airport”, passengers can easily get to the city and vice versa. The rail station also serves the needs of the suburban rail service “Proastiakos” that connects the airport to the Central Railway Station of Athens and to the Port of Piraeus.

Finally, the airport can be accessed by car via the Attiki Odos highway, Varis-Koropiou Avenue, Lavrio Avenue and Spata- Loutsa Avenue. About 7,150 parking lots are offered for the time being, and more are about to be built soon, for the best service of the passengers. Up-to-date and user-friendly systems are used to inform about the availability of parking spaces and the payments. 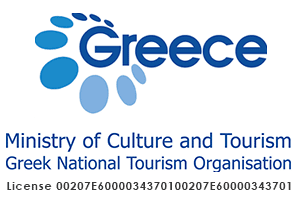 Scroll back to top
We use cookies to ensure that we give you the best experience on our website. If you continue to use this site we will assume that you are happy with it. Accept Read More
Privacy & Cookies Policy
Necessary Always Enabled